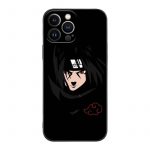 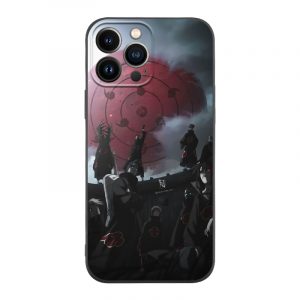 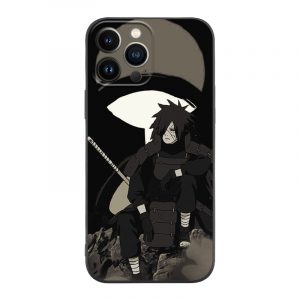 Itachi is a member of the Uchiha Clan and prodigy from the Village of Konoha. Born during the Third Shinobi World War. Itachi witnessed the killings of family members and was left traumatized. Already accustomed to death. Itachi was promoted as an ANBU captain at the age of 13. which is actually the normal entry age (shows that Itachi was prematured in his ranking). After the attack of Konoha by Kurama (under the control of Obito’s sharingan). the Uchiha Clan was left outside political matters in the village. Those event caused the rebellion of the Uchiha Clan and its will to overthrow the power in Konoha with Fugaku as head of the mutiny. With the news circulating to Konoha’s authority. they ordered Itachi to kill the totality of the Uchiha. which he executed. Later. Itachi would join the Akatsuki on behalf of Konoha (again). This Itachi Dark Phone Case shows the darkness of Itachi’s story. Our Naruto Phone Case collection is the best in the whole marketplace! If you need an Iphone case with some cool designs and that is greatly resistant. you’re on the right venue. Our Naruto Phone Cases are made out of soft TPU. a material that ensures shock absorption and durability. A phone case with your favorite anime character on top of it ? What’s more to ask! Our Naruto Phone Cases are available for almost all existing Iphone models.