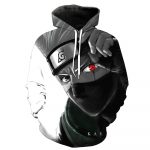 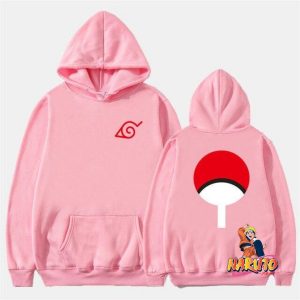 This Naruto Kakashi Hoodie pictures him without his black mask that usually covers his sharingan eye. The reason he cover his left eye comes from the fact that he was transplanted with Obito’s sharingan just before the presumed death of his teammate (crushed by a giant rock). Kakashi is not a direct descendant from the Uchiha’s bloodline but still obtained the sharingan. The drawbacks are so that if he does not cover his eyes. he can quickly tire out as he’s not predisposed for this type of power. although he was still praised and recognized by Itachi as a strong sharingan user considering the fact that he’s not an Uchiha. Kakashi is known for his talent in Konogakure. Don’t look Kakashi in the eyes are you may fall under the power of the sharingan. one of the three most powerful dojutsu in the Naruto serie. This Naruto Kakashi Hoodie is one of the best you’ll find on the internet! With 3D printing that will give outstand visuals. you will make some jealous people with it. trust us.